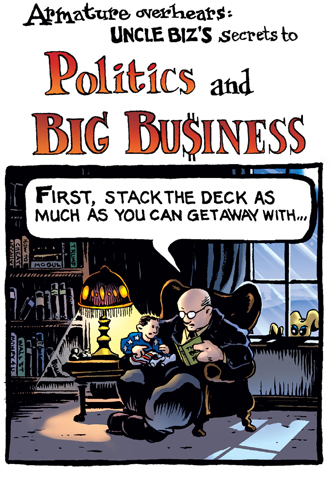 During the 13 year run of Armature’s weekly comic strips, every once in a while, I would use different characters. One that took on a life and story of his own was Uncle Biz. Originally he was just a one-shot joke about how big-time capitalists like to rig the system so that they always win. Uncle Biz was modeled after Dick Cheney, and Junior was a young, impressionable G.W. Bush. As the years went along, Junior began to grow up, and start to think for himself. This is the beginning of their story. It started in the Bush era, made its way through the Obama years, and ended when the current president  was elected.

Here are the first few episodes. I’ll post more on a regular schedule, once I figure  out what will work. 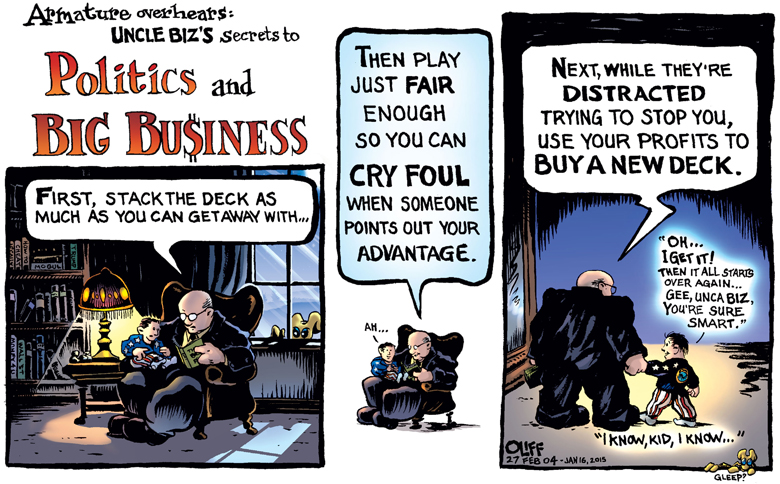 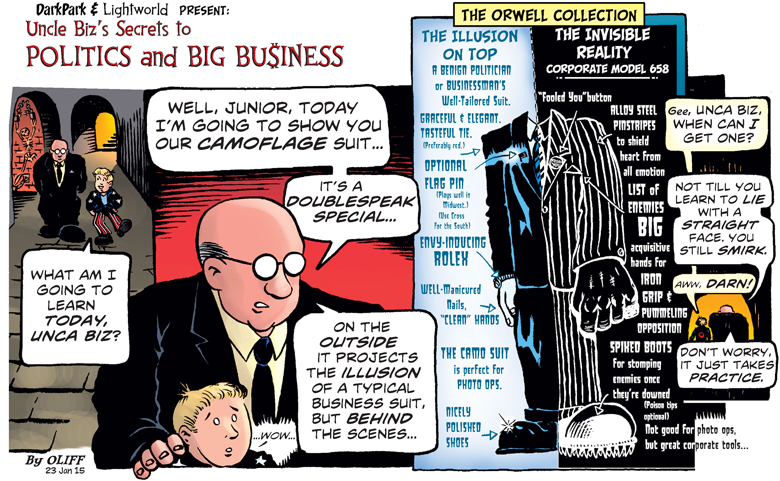 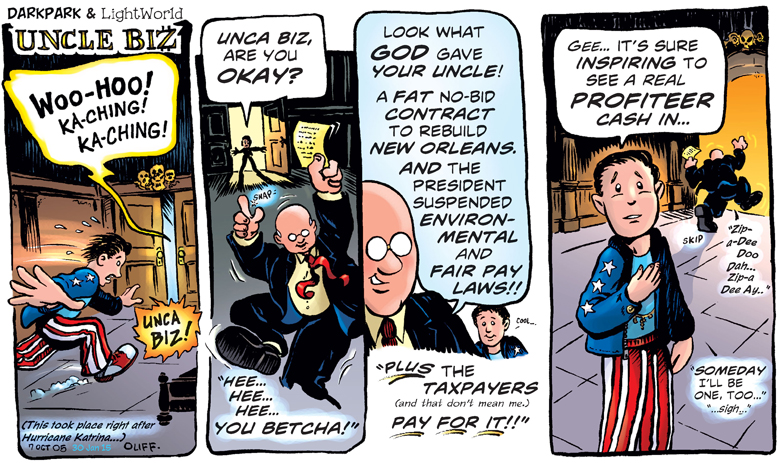