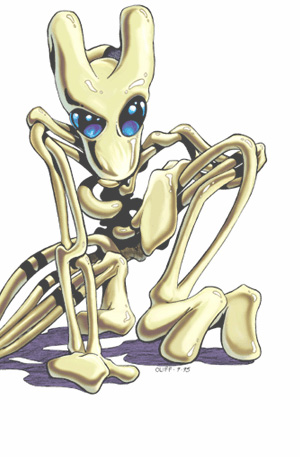 The front cover image from the Armature #1 comic.

When Olyoptics took off in the ’90’s, I had a dream of animating Armature. And everybody knows you need theme songs and soundtracks for animation, so I built a recording studio, hired musicians and engineers, and began recording.
We got about 7 or 8 songs finished, and then everything at Olyoptics fell into chaos, and the recording stopped.
But those songs remain. This is Seabottom Blues. I wrote it with Steve Jeffries, the lead guitarist and engineer. 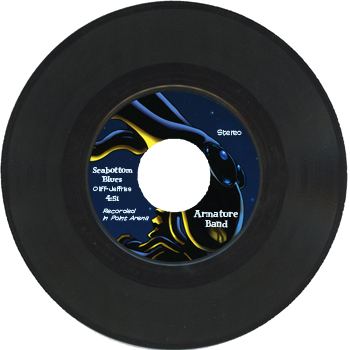 The first single from the Armature soundtrack. 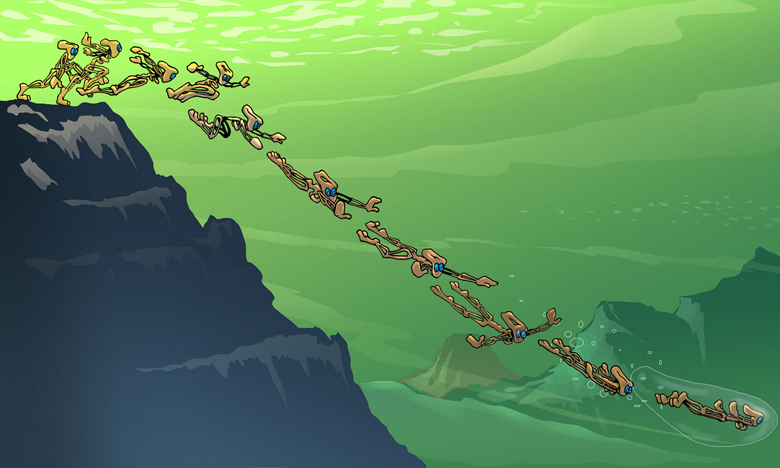 This is an animation test cell of the frames for a potential dive into the deep. 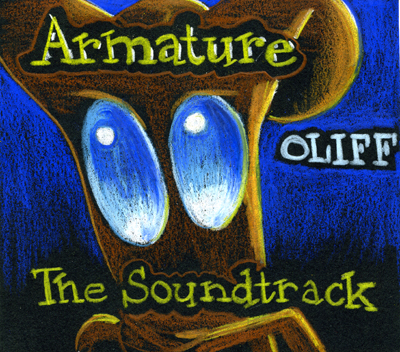 A rough sketch for a soundtrack cover.