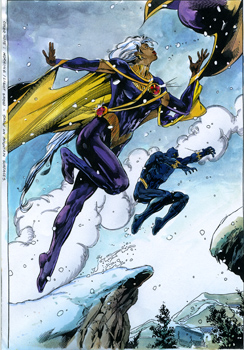 After the Image Explosion peaked & Olyoptics had several companies spin off to go independent, (I’ll talk about that in a later column…) I scaled back and just did a little computer coloring while I began my long slow learning curve on Photoshop.
By this time our old software was obsolete. Photoshop was so different that I was intimidated by it. I felt a lot more comfortable doing color guides than computer separations.
I wasn’t sure what to do, so I called the only editor I still knew at Marvel:
Ralph Macchio.

When I first started coloring for Marvel on the Hulk Magazine in 1978, Ralph was Rick Marschall’s assistant editor. He’d been working his way up the ranks for 20 years.

As it turned out, he had a cool one-shot Spiderman/Venom story that he assigned to me. That came out well, so before long, I was the regular color guide artist on Iron Man. Then, for the next few years, I colored a bunch of titles. Black Panther, Warlock, Nova, Spider-Woman, Captain Marvel, and a bunch of mini series like Avengers Forever, Blade, & Moon Knight.

That lasted roughly until 2001, when Editor-in Chief, Joe Quesada, merged the color guide artists with the computer color separators. That was the end of color guides. No one does them anymore.

Here are some of my color guides from that era. 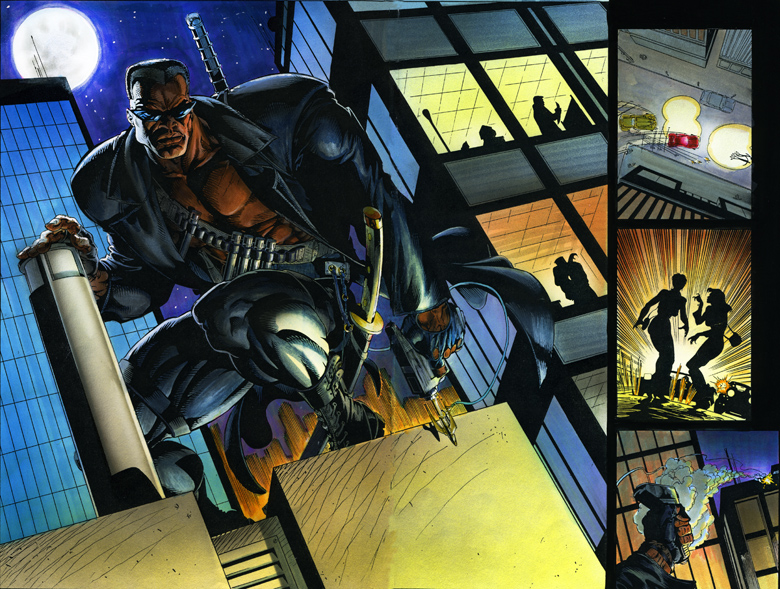